Titanic is a great party drinking game because it is simple to set up and can be played by any number of people. All you need is beer, a beer glass, liquor, and a shot glass. With those 4 things, you’re well on your way to getting the lucky (or maybe unlucky?) game losers good and drunk!

By the way, if you’re actually looking for drinking rules for the movie Titanic, those can be found over here.

Buzz Life has put together a helpful video demonstration so you can see the game in action:

The Goal of The Game

The object of the game is to NOT sink the ship. Because if you sink you drink. In this case, the Titanic is a shot glass full of liquor in a beer glass full of beer. This’ll make more sense in a moment.

What Beer and Liquor Should You Use?

Most people will probably go for the cheap and easy combo of a lite beer (Bud, Miller, etc.) and vodka or whiskey. That’ll work just fine and will probably be the easiest to chug.

If you want to get fancy, you can think about some pairings that might actually taste good together. In this article, a liquor expert and a beer expert got together to come up with the best combos. Some of their suggestions include: IPA + gin, porter + rum, sour + fruity vodka. You might not have all of that on hand though, so feel free to use whatever you’ve got.

Titanic is popular everywhere, but the game seems to have its roots in Korea. You could give it a try in the Korean-style and use beer + soju (which is similar to vodka but lighter and sweeter).

How to Set up Titanic

How Do You Play Titanic The Drinking Game?

Each person takes turns pouring liquor into the shot glass. You can pour as much or as little as you’d like. As the shot glass gets heavier with liquor, it’ll eventually sink down to the bottom. Whoever’s pour is the one that ultimately sinks the ship must drink the whole glass! Beer + shot together. 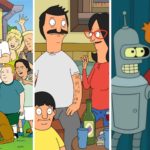 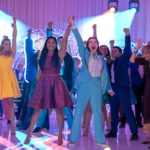 Drinking Game For The Prom On Netflix