Adult cartoons are an odd genre because they’ve got a childlike look while using being not-at-all child friendly. This can make it hard to get into them at first – it just seems unnatural. Some of the over-the-top abstract, sci-fi, and anatomy-defying moments can be a bit overwhelming if you’re not used to that.

So if you’re one of those people who doesn’t think you’ll ever enjoy watching adult cartoons, I get it! When all my friends were into them, and tried to get me to watch, I fought it – there was no way they were going to get me to watch Family Guy or Rick & Morty.

But when I was introduced to some of the… less weird adult animated shows, I had to admit they were pretty funny. This list has some of the best introduction shows for people who don’t think they could ever like adult cartoons. I can guarantee at least one of these is sure to turn the adult-animated-show-hater into a fan!

This was personally the first adult animated series that got me hooked. As far as adult cartoons go, it’s one of the tamer ones. There’s no in-your-face abstractness that constantly reminds you you’re watching a cartoon. It’s just a normal family running a normal burger joint. Except they find themselves in comedic situations every episode.

You’ve got Bob, the sarcastic family man who just wants his restaurant to succeed; Linda, the boisterous and loving (not to mention wine-loving) mom; Tina, the awkward butt-obsessed teenager; Gene, the middle-child and king of witty one-liners; and Louise, the youngest kid, whose mischievousness is constantly getting her into trouble.

Plus, this show has got some of the best side characters: Teddy, Mr. Fishoeder, Gale, Mr. Frond, etc.

If you don’t think you like animated shows, but you’re looking to test the waters, Bob’s Burgers is absolutely the show to do it with.

Want to watch Bob’s Burgers? There’s a drinking game for that.

Futurama may have the best story of any TV series – and we’re not just talking about animated shows. It’s got the perfect smattering of characters – a man who finds himself 1000 years in the future, his elderly mad-scientist descendant, a cantankerous drunk robot, a doctor lobster, a one-eyed space captain, and more.

It’s almost impossible to describe how funny this show is. Futurama is chock-full of clever jokes and well-aimed references. What’s really unique about Futurama is that the show ran for 10 seasons over 14 years, and yet it never jumped the shark. The last seasons are just as good as the first seasons.

Want to watch Futurama? There’s a drinking game for that.

This show is about as “normal” as you get – none of the crazy elements you sometimes see in adult animated shows. You’ve got a small-town family and their small-town problems, like trying to bake the best frito pie, not letting neighbors know their son is competing in a husky boys modeling show, and convincing people of the merits of propane (because butane is the bastard gas, of course).

If you can get over the sort of odd way the characters are drawn (and the fact that Bobby is 100% Pajama Sam) you might enjoy binging this animated family comedy.

Want to watch King of the Hill? There’s a drinking game for that.

This is another new show that debuted in the summer of 2020. It was created by JG Quintel, the creator of another animated program, Regular Show.

Close Enough centers around a married couple and their kid, as well as their divorced roommates. It’s got some weird elements (stripper clowns, talking animals, and murderous education robots, to name a few), but under all that it’s a pretty relatable family just trying to navigate parenting and finances and cope with the sudden realization that they’re “old” (aka in their 30s).

Want to watch Close Enough? There’s a drinking game for that. 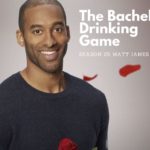 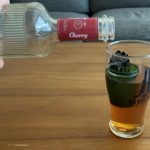 Rules for Titanic: The Drinking Game With A Beer And A Shot