Beer pong is a great drinking game, as long as you have a big table, lots of space, and floors you don’t mind getting messy. But it’s not the ideal game if you’re trying to play in a confined space. If you’ve ever tried playing beer pong in an apartment (or even worse – a college dorm room!) you know that it’s pretty much a no-go. But don’t fret – there’s a new game on the market that’s making pong accessible to everyone.

Free Pong is vertical beer pong. It’s a ready-made kit that sturdily mounts to the wall and allows you to play pong in whatever space you have available. As their tagline says, you can get “all of the thrills with none of the spills.”

We’ve tested out Free Pong, and we love it. We really think there are a bunch of people out there who might even prefer it. You can play it in an apartment, over carpet, or even in a bedroom (lookin’ at you, college kids).

1. You don’t need as much space. This game basically lets you play beer pong without a table. All you need is a 2’x2’ space on a wall.

2. Less spillage. It’s easy to knock a cup off a table, but with Free Pong, the cups are mounted to the wall.

3. It’s stylish. The wooden board that comes with the game is cut with intricate designs. Once you put away the cups and metal rings, it honestly looks like wall décor. Might as well leave it up.

How Do You Set Up Free Pong?

The Free Pong kit comes with a wooden board you mount to the wall with Command Strips. You then insert the 6 curved metal cup holders into the pre-cut slits. From there, you just set your solo cups into the holders, and you’re ready to go.

As with beer pong, you can choose to actually put beer in the cups or not. (Some people don’t, because of the whole “ball bounces on ground then goes in beer” thing. It is kinda gross. Try not to think about it.) With regular beer pong, if you decide to play without beer in the cups, you’ve got to put water in them instead to weigh them down. But with Free Pong, that’s not really necessary. The metal rings will hold them in place.

When you’re done with the game, all you really have to do is put away the metal rings and cups, which don’t take up a lot of space.

How Do You Play Free Pong?

The basic rules are similar to beer pong. (If you need a refresher on beer pong rules, you can see a full guide here.) The goal is to sink more cups than your opponents do. The big difference here is that instead of your cups sitting in a triangle shape flat on a table, you’re shooting at a pyramid of cups on the wall.

You can play 1v1 or 2v2. In Free Pong, you and your opponent(s) will shoot at the same board. There are 6 cups, so the first to sink 4 wins. When you make the ball in a cup, your opponent will take it off the wall, drink the beer (if you’re playing with beer), and set it aside.

If you want the game to feel a little more like traditional beer pong, you can set up two Free Pong boards next to each other. That way you each must sink the usual 6 cups to win.

The same rules you know and love from beer pong can also apply to Free Pong. Remember to take house rules into consideration, but here are a few examples from beer pong that you can adapt to this new game:

Trick shots are a fun aspect of pong games. And just because the layout is different doesn’t mean you can’t play Free Pong trick shots! Feel free to make up your own, but here are a few ideas. Typically, if the shots are made, the team gets to remove two cups rather than one.

As the games are played differently, they each have their own advantages.

If you enjoy playing extra large games (like setting up a pyramid of 21 cups), or with the ability to do creative re-racks, you might still prefer beer pong.

But if you’re looking for a simpler, cleaner, more compact option, Free Pong is the way to go.

And there’s no reason you can’t have both! If you’re planning on having a bunch of people over, consider running a smaller Free Pong game going alongside the bigger beer pong game.

Plus, when you’re not using the game, you can turn it into décor or a handy plant holder 🙂

Where To Get Free Pong

This is a brand new game that has just been released on Kickstarter! Pledge an amount by the end of May to get your Free Pong set. 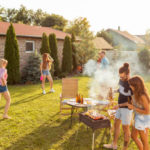 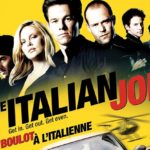