Holidate is a silly rom-com brought to us for the 2020 holiday season. It stars Emma Roberts and Luke Bracey (and also Jessica Capshaw from Grey’s Anatomy). Despite the negative reviews this movie got, it has some pretty hilarious moments and is definitely worth the watch. So grab your own holidate and your favorite drink and enjoy this Holidate drinking game!

Sloan jokes about Ryan Gosling coming in and sweeping her off her feet. This is a reference to the movie Crazy Stupid Love. Additionally, when Sloan and Jackson are fighting in the grocery store, she says “Ryan Gosling would never do his own shopping. He’s too cool for that.” Right on cue, a Gosling look-alike walks up and opens the freezer behind her. Many people thought this really was a Gosling cameo, but it turned out to be an extra named Chad Zigmund. He’s now being called “Frozen Food Aisle Ryan Gosling.”

If you’re still in a rom-com mood, check out the drinking games for Wedding Crashers and No Strings Attached! Or explore the full list of movies here. 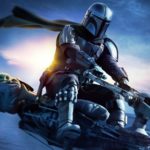 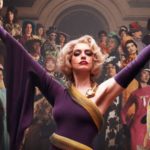