When we were asked by the Line Drunk podcast to create a drinking game for The Hardy Boys, my first thought was: isn’t this a kids book from the early 1900s? Well, it is, but now it’s so much more. Hulu has created a captivating TV show loosely based on the Hardy Boys books that is well worth the watch!

While owning its own plotline, the show’s characters are consistent with those from the books. Brothers Frank and Joe Hardy, sons of detective Fenton, uncover a slew of mysteries as they try to find out why their mom died in what seemed to be a car accident. If you’re familiar with the books, you’ll recognize the characters they meet along the way: Chet, Callie, Phil, Biff, Trudy, and more.

This show is really entertaining. It gives off a Stranger-Things-meets-Riverdale vibe, and each episodes leaves you eager to watch the next. If you’re looking for your next binge watch, cue up this show and enjoy this Hardy Boys drinking game!

Be sure to check out other great TV show drinking games! 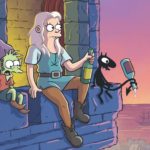 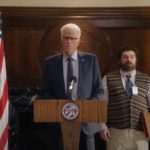