The 1997 animated Disney movie Anastasia is based on the real life story of the young Grand Duchess Anastasia of Russia. She was part of the royal family killed in the Bolshevik Revolution in 1918. As her place of burial was never found, there’s been speculation that she survived and lived under an alternate name. Hence the mystery in the movie! Despite the creative liberties taken in Anastasia (I mean, there were glowing magic bats and dancing bugs), this movie is one of the most historically significant of all the Disney princess movies. We hope this Anastasia drinking game adds a little fun to your movie night!

Our shocking drink recommendation for this movie is… a White Russian!

Add all ingredients to a glass with ice, and stir. If you’re feeling fancy, you could make this in a cocktail shaker instead. Note that the traditional White Russian just uses the first 3 ingredients, but adding a dash of white chocolate flavoring takes this drink to another level!

If you’re in the mood for another movie, check out other Disney movie drinking games, or our list of all movies here.

From Lion King, to Aladdin, to Hocus Pocus, we’re sure you’ll find something fun for your next movie night! 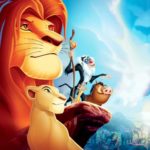 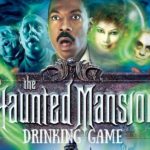