The 90s and early 2000s saw the creation of some great Disney Halloween movies – I mean, it’s hard not to love Hocus Pocus and Halloweentown! The Haunted Mansion is another entertaining spooky Disney movie, where a realtor and his family get trapped in a large mansion they’re trying to sell, discovering some mysteries and creepy crawlies along the way. Plus, it’s got Eddie Murphy. Grab a drink and enjoy this Haunted Mansion drinking game! 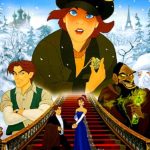 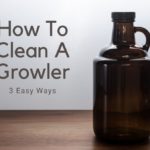