Update: And now, we’ve got a new Bachelorette! The rumors we’ve seen for months have been confirmed. Tayshia has joined the show to try to find love with the remaining contestants. Cheer on Tayshia with this Bachelorette drinking game!

Previous: Can Clare Crawley finally find the love she’s been searching for? This woman has had her share of troubles with it – appearing on The Bachelor season 18, Bachelor in Paradise seasons 1 and 2, as well as Bachelor Winter Games – without taking home a husband. This franchise certainly has its ups and downs and plenty of moments to laugh at, so follow along with The Bachelorette Season 16 drinking game as we blunder through the awkwardness of dating 30 men at once!

The very first rule involves picking the winner. Pick your top 5 men, and the one you think is ultimately going to win. If one of your top 5 gets eliminated in an episode, finish your drink. If your ultimate winner gets eliminated at any point, take a shot! You can also take these drinks at the beginning of the next episode.

Who will win The Bachelorette Season 16?

For the first couple weeks, we had polls running to see who you all thought Clare would end up with. The results were pretty clear, with Dale winning 83% of the vote and then an overwhelming 94%.

During weeks 4 and 5 we opened a poll to see how many men you thought would voluntarily leave after Claire did. For week 4, a whole 50% of you thought more than 5 men would leave, but by the 5th week that number had dropped to 29%. Only 1 ended up leaving, which 16% of y’all predicted correctly. (If you haven’t noticed by now, we love stats, so thank you for participating in our polls 🙂 )

We also had a poll going for Tayshia’s first few weeks so you could vote for who you think she’ll end up with. Here are the results:

Brendan seems to be the main pick – with Ben not too far behind! We found it interesting that nobody has confidence in Chasen, Ed, or Noah, the men who have brought the most drama.

The Finale is set to air on December 22, so we’ll soon know the real results!

Drinking buddies, we have just created a Facebook page in order to share drinking games with everyone! Will you join us? 🙂

Get the Bachelorette Look: $20 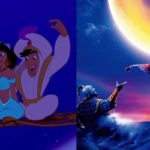 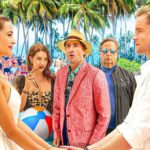 The Swing of Things Drinking Game