This spooky, mysterious show is incredibly binge-worthy. All the unexpected twists and turns makes it hard to stop watching! If you want to spice things up a little, here’s a drinking game to play the next time you watch Dark.

Should you watch Dark in English or German?

This is something we’ve wondered, and something we’ve seen asked quite a bit. This show was originally made in German with German actors. It’s been dubbed in English so that English-speakers can watch it in their native language. While this makes things easier (you don’t have to watch subtitles the whole show), you do lose some of the punch that the natural version delivers. Most people agree the English dubbing just doesn’t feel quite right – the emotion just isn’t the same. So while it is easier to watch the dubbed version, it’s worth it to watch at least one episode in German so you can get a feel for the way the acting is meant to be portrayed.

Finish your drink when… 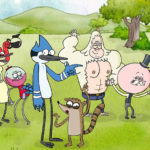 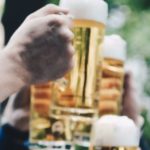 Waterfall Rules: How To Waterfall A Drink