30 Rock is one of those hilarious sitcoms that’s up there with The Office and Parks & Rec. (At least in our opinion!) It’s a show that you can watch over and over and still laugh at. This 30 Rock drinking game will have you drinking to all the funny character quirks, so grab your favorite cocktail and enjoy!

We’ve got TONS of other great drinking games for TV shows, so check them out here! And if you’re looking for more funny shows like 30 rock, here are some you might enjoy. 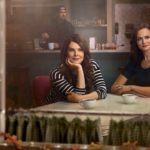 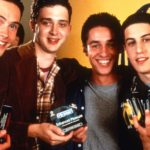