Kaden Westbrook is a talented young Animator, Revisionist, and Storyboard Artist who played a part in creating the TV shows Solar Opposites and Close Enough. If you haven’t seen them yet, you should! They are two of the best shows to come out of the summer of 2020. Both hilarious, both wonderfully irreverent. If you haven’t watched them, here’s a quick recap:

We spoke with Kaden about his experience working as an animation story artist and 2D animator for Solar Opposites and Close Enough, as well as a new project he’s working on, Helluva Boss. Read on to get a behind-the-scenes look at what it was like to work on these shows! We’ve also sprinkled some of Kaden’s original work throughout the page. More can be found on his website or on his social media.

1) Can you tell us a little bit about your career, and how you got started in it?

For sure! I’m still pretty new to the industry since I just graduated in Spring of 2019, so I’ve had the chance to work on a variety of different things. When I was in school, I realized my two main interests were storyboarding and 2D animation, so I spent more time honing my skills there.

I landed a story internship at Walt Disney Feature Animation in 2018, and that was pretty life-changing (and terrifying!). From there, I graduated and started freelancing, working hard all summer to make a decent portfolio.

Just when I was about to default on my rent, I got hired as a revisionist on Close Enough! I met some great people, and working at Cartoon Network was a lot of fun.

My supervisor took me with her straight after my gig on Close Enough ended, and I started on Solar Opposites as a revisionist in February of 2020. With the pandemic, one of our board artists had to bow out, and I was assigned to help board the episode instead – an opportunity I totally was not expecting.

Once production wrapped on Solar Opposites, I decided I missed animating, so I took a gig as a rough animator for Helluva Boss. And that’s where I’m at currently!

2) Who/what are your inspirations in the industry?

There are way too many artists to name! Something I like to do is just go through the credits of my favorite animated shows and follow the entire board team on social media. A lot of the folks at Disney TVA and Cartoon Network put out boards that I’m constantly in awe of.

When I was in school, Gravity Falls was the show that specifically inspired me to take the plunge and switch tracks from studying journalism to animation.

Other than that, I love independent animators and comic artists – Felix Colgrave, Jack Stauber, Jonni Phillips, Kelly Ficcara, Sean Williams (WeirdWildWorld), and Worthikids to name a few. Their work inspires me because they just sit down and create, and their work is so unique to their voices. The animation industry is very collaborative, so sometimes it’s tough to express your own voice.

3) What was your favorite part of working on Solar Opposites?

This will sound mundane, but I loved just going and getting lunch with some of my really cool coworkers. Since I started in late February, I didn’t have much time to get to know them in person before we started working from home.

The other thing I really missed when we started WFH was petting all the dogs! The studio was very pet-friendly, so people often brought their dogs in to hang out next to their desks while they worked. It’s nice when you’re stressed out to go bug your coworker and get a hit of serotonin from petting their dog.

4) What was your favorite part of working on Close Enough?

Working on Close Enough was incredible, especially fresh out of school. I grew up loving Regular Show, so getting to work with JG Quintel and some of the artists from the original show was really special.

Cartoon Network also throws some incredibly kickass parties. At the time I was really into OKKO, so I went to their Halloween party dressed as Professor Venomous. I ended up meeting the artist who designed PV when she tapped me on the shoulder and asked to take a picture with me! Everyone at the studio was just so kind and willing to lend a hand and answer questions. I definitely walked away having made a few lifelong friends!

5) What projects are you working on now?

I’m a rough animator on Helluva Boss by Vivienne Medrano. After Solar, I took a bit of break, but one day I noticed Viv was looking for animators on Twitter, so I sent my reel along and was added to the crew! It’s nice to take a step back from boarding and animate, it’s kind of a different mindset.

I really like working out acting beats and emphasizing the emotions in a performance, and that’s a big part of character animation. Plus, it’s exciting to be part of a show that’s being independently produced. I hope I’m contributing to a trend towards more independent animation!

(By the way, Helluva Boss episodes can be viewed for free on Youtube.)

6) We’ve gotta ask – Do you have a favorite drinking game?

I love getting together with friends, watching a bad movie, and making a drinking game out of that! I’m part of a friend group on Discord where we get together for bad movie nights virtually, every Friday night. Let’s just say my horizons have been expanded.

Kaden has worked on some amazing projects and we can’t wait to see where they take him! To view more of Kaden’s work, check out his website or connect with him on Twitter or on Instagram. He very well may be animating your favorite new shows in a few years! 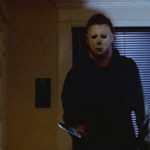 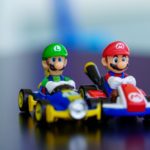