Baseball, the party game, functions similarly to the actual sport – except your baseballs are ping pong balls and your bases are red solo cups. And instead of batting, you’re shooting, and instead of running, you’re flipping and chugging! Below we’ll outline all the rules you’ll need to know to play Baseball the drinking game.

Where The Cups Go

You’ll need a table – any will work, even a beer pong table. On either end there should be four cups lined up perpendicular to the short end of the table. These represent hitting a single, double, triple, or homerun.

Along each side of the table is three cups – for first base, second base, and third base. These cups should have a little beer in them (a small, chuggable amount).

Which Cups Have Beer in Them

The cups representing first, second, and third base always have beer in them (a small, chuggable amount).

For the cups that the batter shoots into, you can decide. Some people play with beer in them, where the team on defense must drink the cup the ball lands in. If you don’t like drinking beer that has had a gross ball in it (do you really trust the cleanliness of your friend’s floor?), you can use water instead. In this variation, all the drinking will come from the base cups.

To begin, everyone lines up behind their bases. The batting team will have a batting order, and shoot in that order. The defensive team will have a player who serves as catcher until they need to move onto the plates as defense.

How To Play Baseball The Drinking Game

Like in real baseball, each batter has three strikes, and each team has three outs.

The first batter uses a ping pong ball to try and score either a single, double, triple, or homerun. They have three strikes, like in real baseball.

Similarly, a home run is an immediate point for the batter as well as anyone who is on base.

Everytime a batter gets on base, a defending player stands at the cup across from them.

This is where fun little flip cup games come in. At any point, a batter on base can choose to initiate a flip cup battle with the defending player across from them. They both chug the beer, and the first to flip their cup wins. If the batter wins, they move up a base. If the defender wins, the batter is out.

This can be a great way to score some extra points for your team, but only if you’re confident in your flip cup skills!

Keep track of how many runs each team gets. You can choose the winner by whoever has the most points at the end of nine innings, but let’s be real, nobody is making it a whole nine innings. Instead, you could play the “little league” version and stop after six innings, or just choose a score (like 11 or 15) and say whoever gets to that score first wins.

Good luck, be careful, and as always, keep plenty of water on hand!

For more games like this, see our collection of party games here. 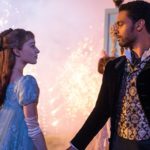 Bridgerton Drinking Game: A Toast to the Ton! 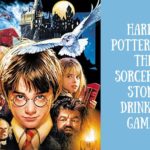