Four Corners (sometimes called Beer Ball) is a fun party game for four people. It’s fast-paced and active, so make sure all players still have most of their wits about them when they start! Below are the objectives and rules for the Four Corners drinking game.

What you need for four corners:

This game is won when a team out-drinks the other team by fully finishing their beers first.

Four Corners can get messy if a beer is knocked off the table, so it’s a great game to play outdoors or in a garage. Or just be sure to have some towels on hand. It’ll also have you running all over the room, rather frantically, so make sure there are no breakables or sharp objects around!

If you enjoy Four Corners, you may also enjoy other pong games like Baseball, Free Pong, and Beer Pong too.

And be sure to check out our full list of fun party games! 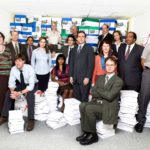 The Office Drinking Game For Every Character 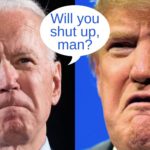