Categories is a fun drinking game that’s easy to play with friends, because all you need is a drink and your imagination. Below we’ll go over the rules for Categories, as well as the different ways to play it. It can be used as a standalone game, or it can be part of a larger, more involved, drinking game.

When is Categories Played?

Categories as Part of Ring of Fire / King’s Cup

If you’ve ever played the drinking game Ring of Fire (also called King’s Cup or Waterfall), you know that Categories is used as one of the results of drawing a card. Each type of card has its own action, and 10 is usually considered to be Categories. So whoever draws a 10 from the ring of cards must start the game of Categories by coming up with the category.

Note that “Categories” is sometimes used as another name for the overall game of Ring of Fire. If you’re looking for rules for that entire game, you can find them here.

Categories as a Consequence in Other Drinking Games

Categories is a well-known part of Ring of Fire, but it is also used as a part of other drinking games. Drunk Jenga, for example, can include a block that starts a game of Categories if drawn. Popular turn-based drinking game apps, like Picolo, also use Categories. You may also see it as a step on homemade drinking board games.

Categories as a Drinking Game

Categories can be used as a standalone drinking game. It’s great for situations when you don’t have a deck of cards on hand, like at a bar or brewery, because all you need is your voice. (It’s also great as a road trip game, without alcohol of course.) All you have to do is establish some sort of player order, have one person pick the category, and then everyone takes their turn naming a part of the category.

How To Play Categories

The main point of Categories is (as we’re sure you’ve guessed!) for everyone in the group to name as many parts of a category as possible. The “category” must be an umbrella idea that multiple other ideas fall under. For example, “colors” would be a category, and people would name “red,” “black,” “pink,” and so on as part of the game.

There’s got to be some sort of order so that people know when to go. The easiest way is to form a circle, but you can also be sitting in a line, or just remember who you’re after.

One person will name a category. The person next to them will start by coming up with one part of the category, then the next person will go, and it continues until one person gets stuck and can’t think of anything. They drink! And the game starts over with another person naming a category. You can rotate the “starting” position throughout the group (clockwise or counterclockwise), so that everyone starts the same number of times, or you can say that the person who messed up starts the new game.

Categories can be a pretty fast-paced game, especially if you establish a time limit (i.e. 3 seconds before you must answer).

Be sure to think of the difficulty of the category. If you pick an easy one, the game could go on forever. Like “movies.” I bet your friend group could name movies all day long. But pick a hard one, like “movies filmed in Tanzania,” and you might not make it to the second person. That can definitely be part of your strategy, though, if you really want to stump people!

Here are some ideas to get you started. This is by no means an exhaustive list, as there are infinite categories you can choose from! Some of our favorites are:

For more info on drinking games that use Categories, check out Ring of Fire and Drunk Jenga! 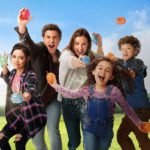 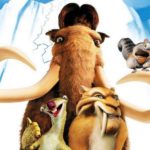