This movie is a modern take on the classic novel Phantom of the Opera. On the night of a big and special movie premier, a rumored Phantom of the Megaplex wreaks havoc on the movie theater staff. And of course, being a Disney movie, the kiddos save the day! If you grew up in the 80s or 90s, you probably remember watching this movie as a kid. Celebrate the nostalgia by playing this Phantom of the Megaplex drinking game!

Finish your drink at the unmasking!

Phantom of the Megaplex Fun Facts

The giant inflatable monster “attacking” the theater was a reference to Godzilla.

When Movie Mason (actor Mickey Rooney) says “there’s no place like home,” this is a nod to The Wizard of Oz, as the main actress Judy Garland was a long-time friend of his.

Movie Mason isn’t just a film connoisseur in the show; the actor, Mickey Rooney, holds the record for longest acting career ever. He acted from 1926 until he passed away in 2014 – a whopping 88 years!

Similar to Phantom of the Megaplex 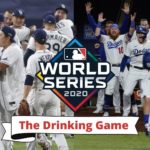 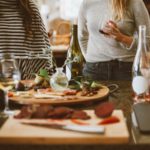