Grab a drink and enjoy the movie with this Over the Moon drinking game!

Over the Moon Drinking Game Rules

Take a drink any time…

The Mooncakes in Over the Moon

The mooncakes that we see Fei Fei’s family making are a real Chinese tradition. They’re typically made and eaten during the mid-autumn festival in August, which is about appreciation for the moon. Mooncakes are a pastry with a sweet filling (often lotus paste). They can have various designs stamped onto them, such as Chinese symbols, the Moon Goddess, or flowers. Depending on the region they come from, mooncakes can come with different fillings for pastry dough types. (As we see in Over the Moon, Ms. Zhong’s family uses dates whereas Fei Fei’s family doesn’t.)

If you want to know how they’re made, you can check out a detailed recipe here. Most of the ingredients you probably already have in your kitchen! Except maybe the lotus paste. After looking at photos of the real deal, we certainly can’t wait to try a mooncake.

Other Movie Drinking Games to Check out

If you enjoyed this Over the Moon drinking game, you may also enjoy Aladdin or Ratatouille! 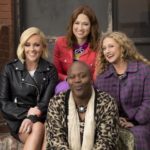 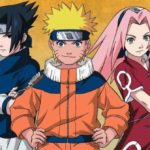