We love the animated 1966 version of How the Grinch Stole Christmas, but this drinking game covers the modern live action version from 2000 with Jim Carrey as the cantankerous Grinch.

Who’s Who in Whoville?

Watch out for Parallels With Jim Carrey’s other movies

Jim Carrey is a very prolific actor who has made some hilarious (not to mention weird!) movies. There were so many interesting parallels between the Grinch and other characters he’s played that we figured you’d find cool (if not, then keep scrolling to the drinking rules 🙂 )

If you want to make things more difficult, you could drink any time someone says “Grinch.” According to IMDB, that happens a whopping 67 times!

Get The Grinch Look

Be sure to check out our other drinking games for Christmas movies, or the full list of all 50+ movies here! 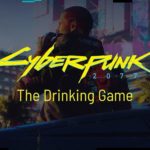 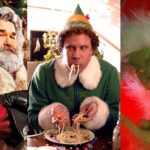