Halloweentown is a classic 90s Disney movie. It’s up there with Hocus Pocus on must-watch spooky movies for October! If you want to mix a little childhood nostalgia with some adult fun, grab a drink and enjoy these Halloweentown drinking games for both the original movie and Halloweentown 2!

Finish your drink at midnight!

For more great Halloween movies, check out Nightmare Before Christmas and Hubie Halloween! 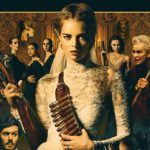 Ready Or Not Drinking Game 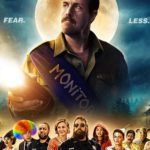