Get Festive With These Holiday Sweaters

Show me some great Christmas sweaters!

Who’s Who in the Christmas Chronicles? 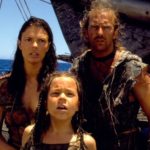 Zombieland Drinking Game: Nut Up or Shut Up

Harry Potter and the Chamber of Secrets Drinking Game