Whether you’re looking for a game to spice up your Friendsgiving or your family Thanksgiving gathering, you’re sure to find something fun in these Thanksgiving drinking game suggestions.

1. A drinking game to play during your Thanksgiving Meal

If you want to turn the whole Thanksgiving event into a drinking game, here are some rule suggestions. You can let a few people in on the secret, maybe your siblings or significant other. But for the most part you’ll be drinking based on what happens at the dinner table. Of course, be responsible! You don’t want to pass out and miss the pumpkin pie.

Take a shot if someone…

Check out this hilarious sweatshirt (and others) here

Jackbox Games are fun for anyone of any age. This company has created several different party games that involve either drawing, writing, trivia, etc. They’re all simple to learn and people can play on their phones.

There are even games where participants can be more of an “observer” and vote on what everyone else is doing. That might appeal to the less-tech-savvy family members who want to participate without doing anything too complicated.

You can turn any of the Jackbox games into a drinking game by making people drink when they lose!

The gist is that everyone is holding cards with numbers that fall between 1 and 100. You’ve got to try to put down all the cards in play in numeric order – but the trick is you can’t talk to one another. This leads to a lot of raised eyebrows and suspense and suppressed giggles!

The games are short and quick, which is perfect for when you’re waiting for the turkey to finish cooking. Check out the game and drinking rules for The Mind here.

Friends is a classic TV show that is beloved across all generations. Our parents watched it, we watch it, and there’s no doubt the next generation will too. There happens to be a hilarious Thanksgiving episode in every season, and we’ve got a Friends drinking game that’ll work for all of them. Break out these episodes for your Thanksgiving gathering and everyone will have a blast!

If you’re looking for a Thanksgiving themed movie, Holidate is a hilarious new film featuring a wonderfully awkward Thanksgiving dinner.

Apps with drinking prompts are great ice breakers for large or small groups. Our personal favorite is Picolo. Only one person needs to have it on their phone, and they read out the prompts that may or not make people drink. Anyone who prefers not to drink, of course, can play with water or tea!

The free version has the tamest rules, but you’ll still occasionally encounter one you might not want to read in front of your whole family, so feel free to skip any that you don’t like.

Some examples of what you might be reading out:

The premise of this game is that everyone has a sheet of stickers, and you want to sneak stickers onto people’s backs without them knowing. You’ve got to watch out how often you turn your back to people!

The winner (whoever has the fewest stickers on their back at the end of the event) makes a drink of their choice for the loser (most stickers).

This can be played at any party, with any stickers, but of course we’ll use turkey stickers for Thanksgiving!

We hope this list of Thanksgiving drinking games gives you a good idea of something fun to play with your friends and family! As always, be safe and drink plenty of water. We wish you a Happy Thanksgiving! 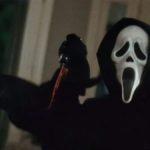 Drinking Games for Scream and Scream 2 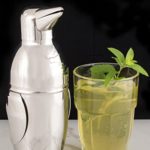