Tuesday, October 20 marks the first game of the 2020 World Series with the Los Angeles Dodgers and the Tampa Bay Rays facing off for what’s sure to be an interesting series. Due to Covid, this baseball season was an abbreviated one, but there’s no doubt the Dodgers and Rays have proven to be talented winning teams. Cheer them on with this World Series drinking game!

Both the Rays and the Dodgers got to a winner-takes-all game 7 in the league championship series – narrowly beating out the Astros and the Braves respectively. With both teams possessing strong offensive and defensive players, we’re ready for this to be an exciting World Series.

How many times have the Dodgers and Rays made it to the World Series?

The Dodgers have made it to the World Series 20 times, with 6 championships. The Rays, on the other hand, are experiencing their 2nd ever World Series appearance, with no championships under their belt. We bet they’re itching for their first win.

Who are the league MVP’s?

The Ray’s Randy Arozarena (say that 3 times fast!) was named the ALCS MVP, and the Dodger’s Corey Seager was named the NLCS MVP. Both players scored an incredible amount of homeruns both in the regular season and the postseason, and will hopefully give us some great plays in the World Series.

Cooperstown Distillery in New York has created a line of Doubleday spirits, in honor of Abner Doubleday, the creator of baseball. Check out their bourbon and vodka housed in a perfect replica of an actual baseball!

Check out the DoubleDay Line of Spirits from $32

Drink any time the announcers…

We’ll leave this poll open for the first few games so people can predict who they think will win the championship. Vote now and see how others have voted! 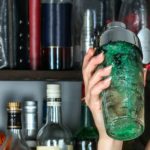 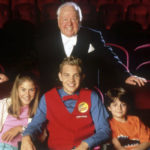 Phantom of the Megaplex Drinking Game