Shiner Prickly Pear is a summer beer made by Spoetzl Brewery in Shiner, Texas. It’s currently sold in the “Heat Wave” variety pack, alongside Berliner Weisse and Agua Fresca.

This Prickly Pear beer is actually made with the fruit of prickly pear cacti – the reddish bulbs that grow out of the cactus pads each spring and summer. If you’re from the southern part of the United States, you’re probably used to seeing these cacti growing anywhere and everywhere. Not only is the cactus edible, but it’s considered a delicacy! The cactus pad (also called nopal) and cactus fruit (also called tuna) are eaten and enjoyed throughout Mexico and the southwestern U.S.

As the prickly pear cactus happens to be the state plant of Texas, it’s fitting that this iconic Texan brewery would make use of it.

If you grew up in Texas, you might have memories of trying to eat that pretty pink prickly pear fruit. And if you didn’t get all the spines off it, you really remember. I’m here to tell you to skip the tuna and just drink this beer instead.

“Brewed with all-natural prickly pear, this tart yet slightly sweet summer favorite has a bright, fruity flavor. It’s crisp, refreshing and perfect for when the temperature rises!”

And this is one of the most accurate beer descriptions we’ve read.

Prickly Pear smells sweet and light. And that’s how it tastes. It’s fruity, but it’s also got a refreshing tart flavor that doesn’t let you forget you’re drinking a beer.

This is a really great beer if you’re looking for something that’s light, tasty, refreshing and easy to drink.

Our verdict? Prickly Pear is the best beer in the Heat Wave variety pack, and is definitely worth a try this summer!

Values are for a 12 fluid ounce serving.

What is the alcohol content of Shiner Prickly Pear?

Where is Shiner Prickly Pear sold?

Shiner distributes its beer to all U.S. states except Hawaii (sorry Hawaii). So just because you don’t live in Texas doesn’t mean you have to miss out on this delicious Texas beer. You can use Shiner’s product locator to see where you can get Prickly Pear in your area. It’s typically sold in liquor stores, big box stores like Costco and Walmart, and at gas stations.

Shiner’s description of the beer being “tart but sweet” is pretty accurate! It’s fruity, but not so fruity that you forget you’re drinking a beer.

What type of beer is Shiner Prickly Pear?

It can probably be described as a fruit beer.

It is, but not overwhelmingly so. It’s not syrupy sweet like some fruit beers tend to be.

No, it contains wheat malt. 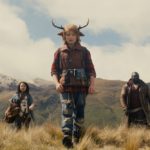 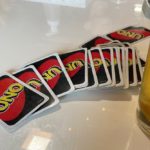