UNO has been a staple card game at parties and gatherings for decades. It’s beloved for its simplicity, competitiveness, and of course, the fact that it makes a great drinking game.

A lot of drinking games out there, especially for UNO, have completely unrealistic rules. Ones that make you take shot after shot, or remember rules that are too complex for such a fast-paced game. Do the people who made those rules even know what makes a drinking game fun? Don’t know, don’t care, because we’ve got a reasonable UNO drinking game that’ll make playing the game a whole lot more enjoyable!

But first, we’ve outlined the official rules in case any player needs a refresher. Feel free to reference this section (or the actual rule page at mattel.com) to settle any squabbles during the game.

Gameplay: How To Play Uno

The dealer deals 7 cards to each player, and then flips the next card face up in the center of the table, starting the discard pile. The rest of the cards remain face down in a stack, which becomes the draw pile. Typically the game goes counterclockwise, so the person to the left of the dealer plays off of that first card flipped over.

Each player, on their turn, must put down a card that matches either the color, number, or words on the most recently played card. Optionally, a Wild Card can be put down at any time.

If any player cannot put down a card, they draw a card from the draw pile. They can put down that card if it’s playable, and the game continues. (Some people play a version where you must keep drawing cards until you get a playable one. It’s fun, but you can end up with a massive handful of cards if you’re unlucky! This rule also happens to make the drinking game a little more interesting.)

Here’s how all the action cards work:

(*The official rules say that you can only play a Wild Draw Four card if you don’t have a card that matches the color on the discard pile. If the Draw Four was used on you, but you suspect the person who played it has played it illegally, you can challenge them by asking them to reveal their hand. If they were wrong, they draw four. But if you’re wrong, you draw six. So use this challenge wisely!)

Any time a player gets down to one card, they must yell “UNO.” If they don’t say it before the next card is played, call them out on it! As punishment, they must draw two cards (and take a drink, as we’ll get to soon).

The first person to play all their cards wins the hand.

How To Win Uno

The object of the game is to discard all your cards as quickly as possible. And you want everyone else to be holding lots of cards.

All cards left in play at the end of the game are given a point value and are counted up. Number cards equal their face value (0-9). Draw Two, Reverse, and Skip cards each equal 20 points. And the Wild cards equal 50 points.

There are a few different ways to win the game.

The official Uno rules say that at the end of each game, the winner (the person who discarded all their cards) gets points equal to all cards left in play. Everyone keeps a running tally of the points they collect, and the first person to reach 500 points is the ultimate winner.

While it may not be in the official rules, it’s also fun to play by keeping score in the opposite way. Meaning, at the end of each game, you add up how many points you’re holding based on the cards you didn’t get to play. In this scenario, points are bad. Each player keeps a running tally over several games. Whoever has the least points after a predetermined number or games (or by the time people get tired of playing!) is the ultimate winner.

1. As a group, decide on a specific card (ex: red seven) and a funny word. Any time that card is played, the last person to shout the word must drink.

2. Drink one sip for every card you draw. (This could be due to a Draw Two card, Draw Four card, challenging a Draw Four card, forgetting to say “UNO,” or not having a playable card.)

3. Only once, you can use a shot as a wild card! Take your shot (or finish your drink), and then pick the color. The game continues with the next person playing off of that color.

It may not sound like a ton of rules, but you will be drawing a lot of cards, and therefore taking many sips! This will keep things simple and easy to remember, and allow you to play multiple games without passing out.

Here we should mention an optional rule, as suggested on the official UNO rule page. This one plays into the drinking rules very well!

It’s called the “progressive” rule. It says that you can stack the forced draw cards in order to make someone draw (and therefore drink) for all of them. Say someone plays a Draw Two card, then the next person plays a Draw Four Card. The draws stack and pass on to the next person. But they can play another Draw card to avoid taking the draws themself. So eventually, if someone can’t play a Draw card, all the draws fall on them. And all the alcohol sips do as well 🙂

Remember to be safe, know your limits, and drink plenty of water! No shame in substituting in some water sips.

If you enjoyed this UNO drinking game, check out more fun card game and board game drinking rules here! 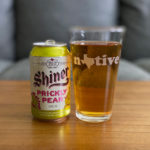 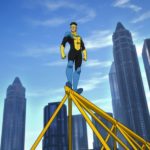