By now you may have heard of the game Throw Throw Burrito, where yes, you do throw burritos at your friends and family. It comes from the creators of another iconic game you may have played: Exploding Kittens.

Just from looking at the box or website, it’s hard to get an idea of how this game might actually unfold. Will it be fun, or will it be dumb? Spoiler: yes. Here we’ll give a thorough Throw Throw Burrito review as well as some ideas to spice up the game. Another spoiler: they involve adult beverages, because this is a drinking game site after all.

For 2-6 players. Includes 120 cards, 7 tokens, and 2 incredibly cute foam burritos soft enough to throw at your great Auntie Marlene without having to feel guilty! Check It Out on Amazon
We may earn a commission if you click this link and make a purchase, at absolutely no additional cost to you.

What Is Throw Throw Burrito?

So it’s a card game, but there’s also some cardio involved in the form of throwing and running, and probably also some crawling and hiding.

At its essence, it’s a collecting game. You win by having the most points, and you get those points by accumulating complete sets of cards.

What Comes With The Game?

Inside the box you get:

We feel like it should also come with bandaids and duct tape but maybe we’re just playing wrong.

How Do You Play?

Everyone begins with 15 cards: 5 in hand, and 10 in a personal draw pile. No matter what, you can only have up to 5 cards in your hand. You take from your draw pile on the right, and discard into the draw pile of the person to your left. So your draw pile is fueled by another player’s discards, and your discards fuel another person’s draw pile. It’s kind of like Spoons, if you’ve played that.

You’re hoping to get three cards of a kind in your hand. If it’s a regular card (like a Logger Dogger or a Barky Sharky) you just place the set in front of you (they’re worth a point) and keep going.

If you get three of a kind of the special cards, that’s when the action happens.

With all of these actions, the throwing continues until the right amount of people get hit. It could take one throw, or it could take a ton of throws. You never know, and that’s the fun of it.

Hot Tip: Make sure there are NO plastic cat toys on the ground that you can accidentally crush. Because 1) your cat will be sad you broke her toy, and 2) you will be sad your toe is bleeding and you have to stop to perform first aid. (See? Should’ve come with bandaids and duct tape.)

But seriously, you should play this game in a room with no breakables. Outdoors would be even better if the weather is nice and you’ve got a table out there. In fact, if you’re playing outdoors, there’s a second version of Throw Throw Burrito that involves giant 3-foot-long inflatable burritos. It’s called the Extreme Outdoor Edition.

How Do You Win?

Any ties, by the way, are settled by a duel!

So, Is Throw Throw Burrito Worth It?

Yes, yes it is. Coming from a group of mid-20-somethings, we all had a pretty good time playing it. It’s definitely a good party game for 3-7 people.

I would say it’s not ideal for just 2 players, though. You’re drawing what the other player just put down, which is also what they just drew from your discard pile. So you end up with the same few cards circulating endlessly. And you don’t get the full effect of the Burrito Brawl with just 2 players.

But for a larger group, this game could definitely entertain you for at least an hour.

Another comment I would make is that there are not enough Burrito Bruise tokens. With 6 players, and 6 tokens, the rounds end really fast. You can also use bottle caps or whatever you’ve got on hand as tokens, though, if you want to extend the rounds.

Is Throw Throw Burrito For Adults?

Oh, absolutely. This game is geared towards any age, and can definitely be enjoyed by kids. But it’s especially fun to throw stuffed burritos at your pals. Especially when you combine some adult beverages with it.

Don’t get me wrong – this game is really fun as-is. But after playing it with a group I think we all agreed it would be even more great with a drink or two in hand. (Well, not in hand, because that would definitely lead to spills.)

And so, the drinking game was born.

*Note that everyone should keep their drink AWAY from burrito throwing range, or you’ll probably lose your drink and ruin the carpet all at the same time. Because of this, we kept the drinking game simple and geared towards drinking at the end of the round, when you can actually go get your drink from a safe, protected spot.

Keep track of how many times these happened, and drink that many sips at the end:

At the end of the game, you can give out as many sips as points you earned. So if you ended with 2 points, you can make 1 person drink 2 sips, or 2 people drink 1 sip.

Whoever had the lowest number of points must finish their drink!

For 2-6 players. Includes 120 cards, 7 tokens, and 2 incredibly cute foam burritos soft enough to throw at your great Auntie Marlene without having to feel guilty!

Check It Out on Amazon
We may earn a commission if you click this link and make a purchase, at absolutely no additional cost to you. 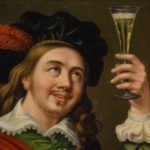 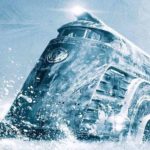