This hilarious card game is perfect for any get-together, with any number of people. To play this Exploding Kittens drinking game, all you need is the Exploding Kittens deck (and the expansion packs, if you’re feeling daring!) and some drinks. Enjoy! Same Exploding Kittens madness, but with card art much too horrible/incredible to include in a kid-friendly version!

The Object of The Game

Be the last player remaining after all others have exploded!

You don’t want to draw the Exploding Kitten. If you do, the only thing that’ll save you is playing a Diffuse card. Diffuse cards are essential. Hoard them like TP in a pandemic.

How Do You Play Exploding Kittens?

To begin, you take all of the Exploding Kitten cards and Diffuse cards out of the deck. Then deal each player 7 cards, including 1 Diffuse for each person. The remaining Diffuse cards go back in the deck, as well as the number of Exploding Kitten cards that is 1 less than the player count (so if you have 4 players, put in 3 EK cards). Shuffle the deck and place it in the middle of the group.

Each player takes turns drawing a card. Once you draw a card, your turn is over. But you can play special cards before drawing to reduce your chances of drawing the Exploding Kitten.

Used cards (including Diffuses) go in a discard pile. On your turn, you can swap 5 unique cards for any card in the discard pile.

You need to be crafty in order to avoid the exploding kitten! That’s what your Skips, Shuffles, Attacks, and Nopes are for. There’s only one winner, so do what you can to avoid exploding!

If you’d like to see an example in action, check out the explainer videos on the Exploding Kittens site.

1. As a group, decide on a card and a funny word. Anytime that card is played, the last person to shout that word has to drink.

3. If someone takes a card from the discard pile, everyone drinks

4. If you’re wearing the Cone of Shame (from the Imploding Kittens expansion pack), take 1 sip every turn an action card is played.

5. If you successfully diffuse an Exploding Kitten, make anyone in the group take a drink

6. If you explode, finish your drink!

7. Only once, you can use a shot or a full drink as a Diffuse! The drink will give you immunity – put the Exploding Kitten back in the deck and keep playing.

This game never gets old, but if you want to spice things up with an expansion pack, here are the additional hilarious cards to add to your game. Try them out for even more fun the next time you play the Exploding Kittens drinking game!

Additional cards, plus a Cone of Shame that must be worn by whoever forgets whose turn it is.

A ton of cards so you can play with even more people!

Has additional cards and new playing features – like allowing you to combine your cards with those of another player to gang up on someone.

Includes special new cards, including a Streaking Kitten that lets you hold an Exploding Kitten without exploding!

If you enjoyed this Exploding Kittens drinking game, other fun drinking games for popular card games can be found here! 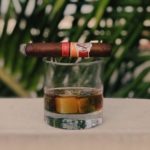 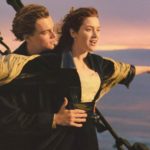 Titanic Drinking Game: Are You Unsinkable?