Love Letter is perfect for a drinking game because the rounds are quick and full of action. The object of the game is to end up with the Princess, or as high of a card as possible. But there are lots of unexpected twists and turns along the way.

Here’s an optional rule to spice things up a bit. This one requires being sneaky. At the beginning of the round, after looking at the initial card, everyone must drink the number of sips equal to the number on their card. As everyone will likely be watching each other, the key is to not give away how many sips you’re taking. Good luck if you’ve got the princess… you somehow have to take 9 sips without people thinking you’re taking that many!

Every time you play a card, use the number on it to take that many sips. This will lead to A LOT of sips, so it might only be sustainable for one round! Feel free to substitute some water sips in there as well.

This game has been so popular that variations have been made to the original. Check out the other versions, including Batman, Marvel, Archer, and Munchkin!

If you like Love Letter, you’re sure to love Magic the Gathering! It’s another fun, strategic card game. Check out the drinking game for it here. 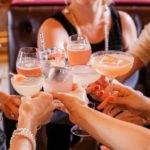 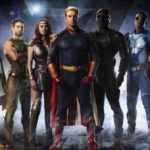 The Boys Drinking Game: Season 1 and 2