There are many drinking games out there that make you “waterfall” your drink as a rule. One of the most notable is Ring of Fire (also called King’s Cup, or sometimes even just called Waterfall). This fun little party game involves everyone drinking in turn, one after the other, for a certain amount of time.

If you don't want to remember all the rules yourself, this deck will do it for you! With bold colors and whimsical images, it's a lot more fun than a regular deck. Buy Now
We may earn a commission if you click this link and make a purchase, at absolutely no additional cost to you.

How does waterfalling work?

Usually, people are in a circle, but you don’t have to be – it just makes things easier to keep track of. One specific person starts the waterfall. You’ll know who it is, if you’re playing a game that tells you who starts. Or if you’re just waterfalling for fun, anyone can start it.

The first person starts drinking their drink, and as soon as they start, the next person starts drinking their drink, and then the next person drinks, and so on. It’s like a cascading waterfall of drinking. Eventually, the original person puts down their drink whenever they feel like stopping. Only then can the second person stop drinking, and then the third, etc. You can only stop drinking when the person before you stops, but that doesn’t mean you have to stop right away – you can keep it up to keep the waterfall going for longer.

What should you waterfall with?

The easiest drink to waterfall with is something light. Beer is pretty typical, especially lite beers, because you’ve got to be able to keep up the chugging for a while. Something heavier like a rum & coke will make sustaining the waterfall more difficult. If you’ve had little much to drink, there’s no shame in waterfalling some actual water instead! 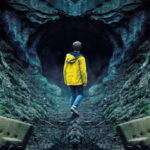 Drinking Game for Dark on Netflix 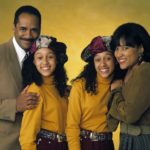 Relive Your Childhood With This Sister, Sister Drinking Game