Jay and Ice are the stereotypical 90s bullies in the cult-classic Disney movie, Hocus Pocus. They’re first seen hanging out in the graveyard, when Max happens upon them and gets his shoes stolen.

If you haven’t already, be sure to check out Hocus Pocus: The Drinking Game

Jay first introduces himself and then Ernie, who quickly corrects Jay to remind him his name is now Ice, as evidenced by the name classily carved into his hair.

The duo pops in throughout the movie to cause a little more chaos.

Jay and Ice have made a habit of messing with people, but they clearly messed with the wrong witches when they called them “ugly.” This little comment landed them in some old-school cage traps hanging from the ceiling of the Sanderson Sisters’ hut. We never saw them get released, so who knows, they might still be swinging there to this very day.

Jay was played by Tobias Jelinek, an actor from Virginia whose first acting job was actually for Hocus Pocus. He then had a small role in the 1997 movie Batman & Robin. Tobias took a 10 year acting break, and then began playing small parts in many popular TV shows including The Young and the Restless, Shameless, The Mindy Project, Atlanta, and NCIS. He also had a recurring role in Stranger Things as an agent. More recently, Tobias had a small role in the hit show This is Us, and a larger role as Luke in Agents of Shield.

Ernie – I mean Ice – was played by Larry Bagby, an actor from California. Larry started his career a lot younger than Tobias, taking part in small roles as a kid. His film list includes classics like The Wonder Years, Saved by the Bell, Married with Children, Buffy the Vampire Slayer, CSI, Malcolm in the Middle, and ER. Like his pal “Jay,” “Ice” was also in NCIS and The Young and the Restless, although it doesn’t look like they overlapped. 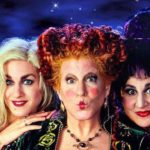 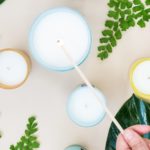