If you’re a fan of the TV sitcom Silicon Valley, you might have seen the friends playing a rousing game of “Always Blue” in the incubator. It’s something unique that brings them together and always seems to cheer them up when life inevitably serves them a raw deal. But besides drinking, smoking, and chanting, what’s involved in the game?

There seems to be a magic ball that can change colors when it’s thrown in the air, switching from blue to yellow on a whim.

How Does It Work?

The ball they use is called a Hoberman Switch Pitch ball. It’s composed of disks (in two colors, one on each side) connected by many sockets. When the ball is thrown in the air, it rotates. Centrifugal forces then cause the ball to expand – giving it the chance to contract into the same color or the alternate color.

Now, how the heck did they get blue so many times in a row?

Well, honestly, they most likely filmed several shots to get the perfect one. But a long blue streak isn’t out of the question. In fact, streaks are entirely probable. The probability of getting 10 blues out of 10 tosses is no different than the probability of getting 5 yellows and 5 blues. That’s because each color has an equal chance of coming up.

After getting 10 blues in a row, one might think “man, I’m due for a yellow.” But this is known as the Monte Carlo fallacy, or the gambler’s fallacy. Each toss is statistically independent of the others, so no matter how long your streak has been, the next toss still has a 50% chance of being blue and a 50% chance of being yellow.

Physics and statistics aside – this is a pretty cool ball! And a really fun part of the show Silicon Valley. The same Hoberman Switch Pitch ball used in the show is available on Amazon, so you and your friends can pretend to be the cast chillin’ in the incubator. (You don’t have to fight about who’s who, though – just take this quiz to find out. Personally, I’m Dinesh, and I’m not mad about it.)

Get your own “Always Blue” ball! While the Silicon Valley guys often play this game for fun with a beer or bong in hand, here are some more organized rules:

This works best with a group of people. When someone is tossing the ball (and the rest are chanting “Always Blue” of course), count how many blues are gotten in a row. When the streak is broken, the person tossing then gets to give out that many sips to the rest of the group, divided however they want. The more blues you get, the more your friends drink!

Better yet, enjoy Always Blue while playing a drinking game for the show as well! 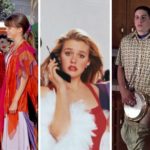 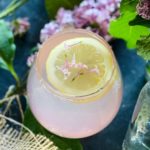